England has many beautiful landscapes and one of the most picturesque is the one that decorates the green fields and the golden beaches of Devon. Summer is coming, perhaps one of the best times to cross the Channel and visit the UK, and no doubt as soon as the sun begins to shine and the temperature rises a little Devonshire will begin to shine.

An English summer, do you like the idea? What does Devon have to offer us? We can get? What landscapes and stately homes cannot we ignore? To plan a really British summer, we suggest a trip to the county of Devon. 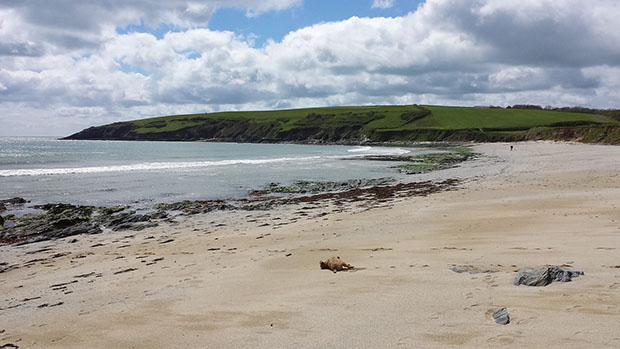 It is in the southwest of England, surrounded by beautiful destinations also such as Dorset, Somerset and Cornwall. If you have time it is best to move everywhere, but of course, with limited vacations there is much to see and do in Devon alone.

I always recommend reading a little history about the place where we will go. It serves to understand and contextualize everything we see and visit. In this case, these English lands were occupied by the Dummonii Celts since the Iron Age. Green fields and extensive beaches decorated with cliffs have become ports, villages and spas over the centuries.

Undoubtedly today Devon’s economy is more than ever related to tourism. The English take advantage of the beaches of the south and north coasts, but the interior of the county is as beautiful as its marine borders: pastures with wild flowers studded with villages, rivers and streams that wind through the interior of forests, vast granite plains and vast skies .

When should you visit Devon? The best time of the year is the one that begins in April and ends with October. On this date, almost all tourist sites and properties that are protected within the National Trust open. It is best to avoid school holidays or weekends, at least the most tourist destinations.

When it is autumn the change of colors is great. Between September and October the sea is warmer and the beaches are calmer. Of course, if you go in winter it is colder and many attractions are closed, coastal walks are complicated by the wind, and bus service is limited.

What to visit in Devon

We can divide Devon into a southern part and a northern part. North Devon is very diverse but is often the most popular when it comes to spending time with friends or family. It has sandy beaches with natural pools, many you can swim or surf and also, inland, there are green valleys. South Devon offers us a beautiful coastline and beautiful inland scenery with ancient villages.

The biggest magnet is the beaches, of course, but not the only one. Devon’s urban centers have their interests too so you can take a tour of Sidmouth, Torquay (here is a fantastic cave full of labyrinths), Totnes or Exeter with its great Gothic cathedral and its two thousand years of history. There are free tours through the old town and its underground passages, an old castle, shopping streets and a canal for canoeing, for example.

Plymouth is your destination if you like everything nautical as it is one of the most beautiful natural harbors in the world. Do not miss the Smeaton Tower, the story of Francis Drake, the Gin Distillery or the National Aquarium, the icons of the coastal city. On the other hand, if you like nature more then the destination is Dartmoor and for coastal landscapes that take your breath away there is Exmoor.

Exmoor has open terrain, with bushes and hills crossed by the River Exe. It used to be a real hunting ground and today it is part of a national park. One part is coastal, 55 kilometers in total, it has very high cliffs and at certain points its forests reach the edge of the sea. The postcards of the coast are beautiful: caves, cliffs, beaches, rocky headlands.

It is a great destination for outdoor tourism and of course it is much more enjoyed in summer when the cold and strong wind is not whipping. Here are some recommended tourist sites for you to note: 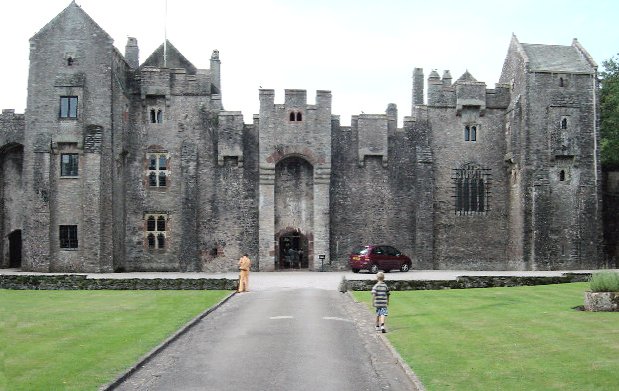 It is in South Devon and like many English castles, it is an old fortified house from the 14th century. A survivor of medieval England. Babbacombe Cliff Railway – Dates from 1926 and runs back and forth from Oddicombe Beach. The landscape that crosses is beautiful and it opens from February 13 to December 31 with the last service at 4:55 pm. Branscombe Beach – part of the famous World Heritage Jurassic Coast, east of Devon, on Seaton. nearby is the Shingle, with natural rock pools and many trails from which the views are great. Start Point Lighthouse – This is a 150 year old historic lighthouse on the South Devon coast. The views are great with cliffs, beaches and horizon at any time of the year.

The lighthouse can be visited. Exeter Underground Passages – These were built to bring clean water to the medieval city and there are guided tours today. They are the only passages of their kind open to the public in all of England. You must reserve as many people do. They cost 6 pounds per adult. Totnes Castle: very old, from the top you have a superb view of the fields. admission costs £ 3.60. Drogo Castle: it is one of the younger castles and around it there are other historical attractions such as Powderham Castle or Buckfast Abbey.

Before finishing it is worth saying that the weather in Devon is unpredictable so one minute the sun shines and the next it gets cloudy and a few drops fall. So wear clothes for a changeable climate. On the other hand, many of the rural areas do not have good mobile coverage so your roaming service will not work well. The best, the wifi of the villages if you find it.